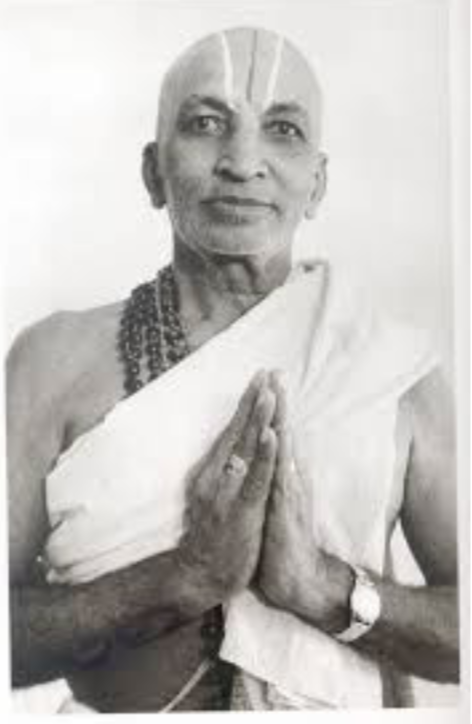 No one has had more of an impact on how yoga is taught and practiced in the West than T. Krishnamacharya.

Krishnamacharya​ was an Indian​ y​oga teacher, ayurvedic healer and scholar.

Often referred to as “the father of modern yoga”, Krishnamacharya is widely regarded as one of the most influential yoga teachers of the 20th century and is credited with the revival of hatha yoga.

Krishnamacharya traveled around India giving lectures and demonstrations to promote yoga, including such feats as stopping his heartbeat.

He is widely considered as the architect of ​vinyāsa.​ Underlying all of Krishnamacharya’s teachings was the principle “Teach what is appropriate for an individual.”​ W​hile he is revered in other parts of the world as a yogi, in India Krishnamacharya is mainly known as a healer who drew from both ayurvedic and yogic traditions to restore health and well-being to those he treated.

Long before there were so many styles of yoga an before yoga was a commodity to be trademarked and sold, there was B.K.S. Iyengar and Iyengar yoga.
Bellur Krishnamachar Sundaraja Iyengar, best known simply as “Iyengar,” passed away on August 20, 2014, at the age of 95. Once a frail and sickly child, Iyengar played a crucial role in popularizing yoga in the West and around the globe.

Iyengar began studying yoga as a teenager with his brother-in-law Tirumalai Krishnamacharya, w​ ho is considered by many to be the father of modern yoga. Eventually, Iyengar developed his own unique style of yoga practice and instruction,known forh​ is strict focus on precise physical alignment and use of props during asana. I​yengar taught that there was only one right way to do each pose, and was renowned for his less than gentle reminders given to those that did not remember or follow his specific instructions.
Although known as a strict instructor, Iyengar believed anyone could do yoga, and thanks to him, many have. With over 72 countries now teaching Iyengar yoga, and millions of yoga practice books sold, he was instrumental in bringing yoga into popular awareness. His first book, the yoga classic, ​Light on Yoga,​ ​was published in 1965 and has been hailed by many as “the yoga bible.” It was perhaps the first modern book that thoroughly explained yogic philosophy and practice in a wayt hat was accessible to a westernaudience.Light onnYoga​ has been translated into 17 languages, and has endured for nearly 50 years as a classic yogic text—still considered a must read for new and aspiring yogis. 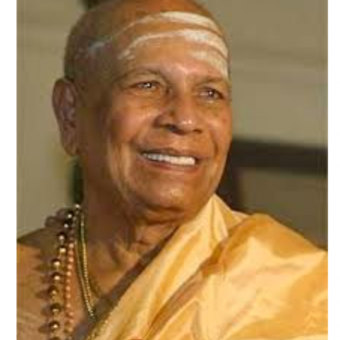 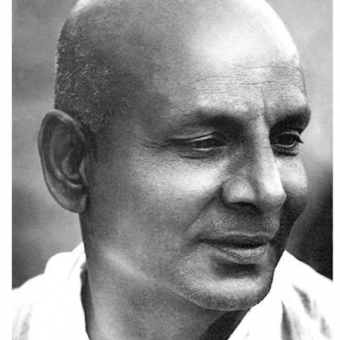 Swami Sivananda’s life was a radiant example of service to humanity, both during his years as a doctor and later as a word-renowned sage. Born on September 8, 1887, in a family in Tamil Nadu, South India, he displayed spiritual tendencies even as a young boy. He had a natural flair for life devoted to the study and practice of vedanta, along with an inborn eagerness to serve, and an innate feeling of unity with all.

Even as a young man, his driving force was the serve of humanity. For this reason he became a medical doctor. He served the poor for many years in Malaysia. He also edited a health journal and wrote extensively on many health issues. But he felt this was not enough. He gave up his medical career and took to a life of renunciation.

He returned to India and spent a year wandering before settling in Rishikesh in 1924. He found a guru, Swami Vishwananda, and received his own name Swami Sivananda Saraswati. For 7 years he spent most of his time in meditation. Slowly he started to get people following him. From the early 1930 onwards, Sivananda embarked on frequent and extensive tours of India and Sri Lanka. He started stirring the hearts and souls of thousands with his charm and spiritual magnetism and with his strong and vibrant voice. Wherever he went, he conducted sankirtan (chanting), delivered lectures and taught people how to keep health and strong by practicing yoga asanas, pranayama and kriyas.

But above all he inspired people to strive constantly for spiritual growth. In Rishikesh, meanwhile, an increasing number of disciples had begun to congregate and an ashram grew around him. With his generosity, love, spirit of service, deep devotion and his good sense of humor, swami Sivananda set a supreme example for his students.. In 1932, he started the Sivananda Ashram; in 1936 The Divine Life Society was born. The Yoga Vedanta Forest academy was organized in 1948.

His aim was to give people spiritual knowledge and the training of people in Yoga and Vedanta. Swami Sivananda was the author of over two hundred books, which spread his message of love and service. He had followers around the world, belonging to all nationalities, religions and creeds. He died on July 14, 1963. 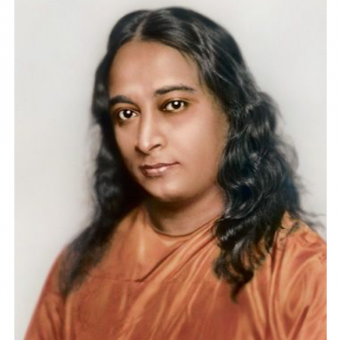 Paramahansa Yogananda is considered one of the preeminent spiritual figures of modern times. Author of the best-selling spiritual classic Autobiography of a Yogi,​ this beloved world teacher came to America in 1920 from his native India, and was the first great master of yoga to live and teach in the West for an extended period (more than 30 years). He is now widely recognized as the Father of Yoga in the West. He founded Self-Realization Fellowship (1920) and Yogoda Satsanga Society of India (1917), which continue to carry on his spiritual legacy worldwide under the leadership of Brother Chidananda.

Yogananda has profoundly impacted the lives of millions with his comprehensive teachings on: